Art workshops, reading and music at the 1st meeting of the Erasmus + Project 'Art for Coexistence'

The past 18, 19, 20 and 21 April, in Velilla de San Antonio (Madrid) took place the first meeting of the Erasmus + Project 'Art for the Coexistence'. This new project, approved by the European Union, has a development period of 2017-2020. Within this first meeting, different activities were carried out, including the realization of various artistic and reading workshops, as well as a sample of Performing Arts and Song composed by the students of the School of Music of Velilla de San Antonio. and that counted, in the afternoon-night of April 19, with piano music performed by the students, body percussion, theater and the concert itself. The workshops took place over two days. The first one, on April 19, was an artistic workshop carried out by minors, and their families, of CEIP Valdemera. In this session, European artists participated and counted with the invitation of families from IES Ana María Matute. Another of the artistic workshops, which closed the morning of April 20, was led by children, and their families, CEIP Tomás y Valiente, also had the participation of European artists and also had the invitation of families of the IES Ana María Matute. 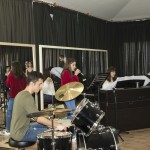 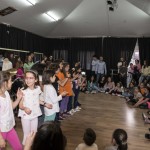 Starring the PMAR Group, of the IES Ana María Matute, the activity took place on the morning of April 20 and consisted of a tour of the exhibition, in the Adolfo Suárez Exhibition Hall, where an educator accompanies the participants in an activity that sought to encourage observation and dialogue with the works and ended with the development of the workshop itself, which linked with the whole issue seen. In addition to all this, the first meeting of the Erasmus + Project 'Art for Coexistence' featured on the agenda visits to CEIP Tomás y Valiente and CEIP Valdemera.

The project of 'Art for Coexistence'

'Art for Coexistence' is a union project between Spain, Portugal, Belgium, Hungary, Germany and Italy and where the municipalities of Velilla de San Antonio, Évora, Brussels, Budapest, Berlin and Turin take part. 'Art for Coexistence' incorporates town halls, schools, universities and non-profit entities. The project aims to create, with European networking work, a space for the exchange of training, good practices, experiences and pedagogical materials, which is not only in the exchange, but in the creation of models that endure over time, more beyond the experience or people who put it into play. 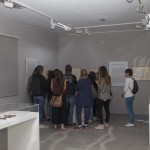 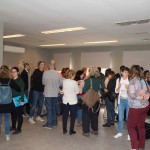 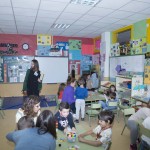